Naming a product is easier said than done. For games, you need to find a name that is unique and memorable, but also somewhat descriptive. Once a brand is established, names can carry a ton of weight, as evidenced by such franchises as The Elder Scrolls, Final Fantasy, or Call of Duty.

Individual game names can be hit-or-miss, but one trend that is almost universally a problem is rereleases of games. We’ve routinely seen remakes, remasters, reboots, and all sorts of rereleases for two decades or more now. But one thing the gaming industry hasn’t been able to agree on is way these releases are named so that players clearly know what they’re buying.

The problem started in earnest on the PlayStation 4 and Xbox One, with a ton of PS3 and 360 titles getting the remaster or remake treatment, but it’s gotten worse in recent years. The rereleases themselves aren’t the problem. I love the fact that I can play something like Kingdom Hearts II on my PS4 with all the extra content, way faster loading, and at 60 frames per second.

But I’m begging game studios to get clearer about what they’re marketing. That starts with a good title.

What’s in a name?

My frustrations flared up due to the upcoming Advanced Wars 1+2: Re-boot Camp for the Nintendo Switch. When you look at that title, what do you expect it to be?

Personally, I’d assume it was a reboot of the series (I mean, “reboot” is literally in the title). But that’s not actually what it is. It’s a remake of the first two games.

It feels almost intentionally misleading just for the sake of sneaking a pun into the title. I don’t mind a cute title, but those can get confusing when it comes to remakes, remasters, reboots, or any other type of rerelease. Seriously, what does Red Faction: Re-Mars-tered even mean?

What about Darksiders II: Deathfinitive Edition? If you didn’t already know, could you confidently say whether these were remakes, remasters, or even just a game of the year-type version with all the content? It doesn’t just end with game companies confusing potential buyers by obfuscating what the game actually is with wacky names. Even common terms, like Definitive Edition, Special Edition, and Anniversary Edition, don’t have a consistent definition we can rely on.

Take Skyrim as a prime example. It has the original release, then a Special Edition, followed by a Legendary Edition, and most recently the Anniversary Edition. How is anyone supposed to know what’s included in those packages without consulting a spreadsheet?

The problem is that even once you do know, you can’t transfer that knowledge to other games. Skyrim: Anniversary Edition is a remaster, but Halo and Halo 2: Anniversary are remakes. 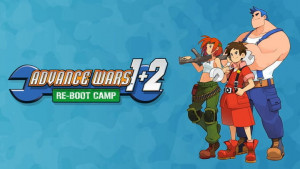 Sony’s made that even more complicated over the past year with its Director’s Cuts. To an average consumer who doesn’t follow the news, what does that term mean? In movies, a director’s cut includes content that didn’t make the theatrical cut.

In games like Ghost of Tsushima, the Director’s Cut includes PS5 tech boosts and new content designed for the release. It’s become exhausting to simply know what a game is, or will be. That’s why Final Fantasy 7 Remake and all the Resident Evil remakes feel like a breath of fresh air.

They could’ve been called something like Final Fantasy 7: ReMako-ed or Resident Evil 2: Reanimated, but their straightforward titles leave no ambiguity about what they are. 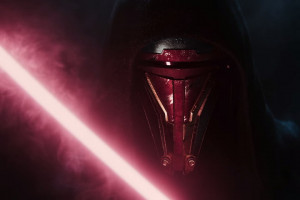 The lack of any consistency in naming conventions goes beyond just making the consumer have to work simply to know what it is they’re buying. It has gotten to the point where even the words remake and remaster aren’t fully understood anymore, despite the fact that they should be self-explanatory. A remake is exactly what it sounds like — a game that is entirely made again — while a remaster is just an improved version of an existing game.

Thanks to all these other names confusing the space, even people following games have to second-guess themselves when confronted with a game dubbed a remake or remaster. We shouldn’t have to read an article after the Star Wars: Knights of the Old Republic Remake is announced to know if it is, in fact, a remake. I’ve never been a proponent of games needing to follow or copy other forms of art.

Games are not movies, books, TV shows, or anything else. They’re unique works that combine technical skill and art in equal measure. However, in this instance, our industry can learn from other examples.

Films generally share a standard naming convention, with some outliers. You have The Lord of the Rings, the extended editions, and then things like 4K and UHD Blu-Ray versions, and that’s basically consistent for every movie that gets additional releases. We don’t have to spend time puzzling over what The Lord of the Rings: The Re-Shire-ed edition means.

Titles like this actively work against a game’s own interests.

Is it worth it to make a half-funny pun if it means a majority of the market is confused about what your product even is?

I don’t personally think so, and would love to see games start to standardize how we label our remakes, remasters, and rereleases.