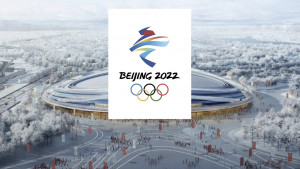 US athletes heading to the Winter Olympics next month in Beijing have reportedly been told to leave their personal phones behind amid security concerns.

Team USA has encouraged Americans competing in the games to instead take burner phones to prevent potential surveillance, according to a Friday report from The Wall Street Journal. Team USA and the International Olympic Committee didn't immediately respond to a request for comment. The report comes after the Biden administration in December confirmed that no US officials will attend the 2022 Winter Olympics in Beijing, staging a diplomatic boycott against China's human rights violations.

"The Biden administration will not send any diplomatic or official representation to the Beijing 2022 Winter Olympics and Paralympic Games, given the PRC's ongoing genocide and crimes against humanity in Xinjiang and other human rights abuses," press secretary Jen Psaki said during a press briefing in December. "The athletes on Team USA have our full support."

The Winter Olympic Games kick off on Feb.

4 and include seven new sports like monobob -- a women- only bobsled competition.

Read more: How to watch the Beijing Winter Olympics: Everything to know