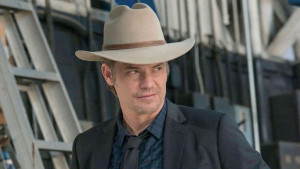 Remember this guy? Yeah you do.

That thing you like is being rebooted. The streaming service you forgot you pay for is bringing back that movie or TV show you watched in the '80s or '90s or whatever.

This new version is a reimagining that pays homage to the original while taking the franchise in new and exciting directions, according to Variety.

It's a sequel or possibly a spiritual sequel, unless it's a prequel. The main characters have been gender-flipped or race-flipped or they're just the same people but now with kids they don't understand and their text messages appear on the screen. Or possibly the new show explores the emotional journeys of the supporting cast and the original main characters aren't in it at all.

The original stars are back or maybe they're not, and they tweeted how delighted they are about it or pissed off that nobody asked them. The original creators are credited as executive producers and are very excited to be involved with this new opportunity to continue the journey of characters they created, while being paid for it all over again. The streaming service you didn't know you got free with your phone plan is also planning to expand the franchise with an animated prequel, three live-action spinoffs and a TikTok challenge.

That thing you like was previously rebooted in 2003 but lasted only one season. Remakes have always been a thing, but reboots have run out of control in the streaming age. New versions of those things you like dominate the big screen, small screen and whiteboards in strategy meetings at media companies.

Original content is all very nice at awards time, but it isn't enough, not when massive media monoliths are desperately trying to get you to sign up to their streaming service or go see their movies or preferably both.

Name recognition is crucial to cut through the overwhelming torrent of new stuff you can watch on your HDTV, computer, phone or smartwatch, and so the big players are raiding their back catalogs for stuff that can be reinvented to remind us of the good old days.

Movies coming in 2022 from Marvel, Netflix, DC and more