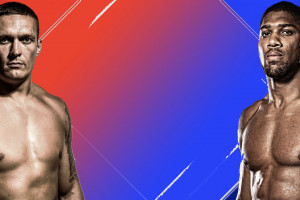 (Pocket-lint) – Oleksandr Usyk met Anthony Joshua for the first time on 25 September 2021, which resulted in a unanimous decision defeat for Joshua, losing the WBA (Super), WBO and IBF titles to Usyk. But the two are getting back in the ring after nearly a year, with the fight rescheduled from May. Can British heavyweight Joshua – now working with American trainer Robert Garcia alongside Angel Fernandez – avenge his second defeat in his career and regain his titles? Or will the undisputed 2018 cruiserweight world champion Usyk defend the three heavyweight belts?

Here is everything you need to know about the Usyk v Joshua rematch, including when it is taking place, how you can watch it and how much it costs.

When is the Usyk v Joshua 2 rematch?

The Oleksandr Usyk and Anthony Joshua rematch will take place on 20 August 2022. The fight is scheduled to take place in Jeddah, Saudi Arabia. The event coverage will start at 6PM (BST), with the main event ring walks expected around 9PM.

Two full duration repeat showings will be shown at 8am (BST) and 3pm (BST) on Sunday August 21. The original fight between the two took place in Tottenham Hotspur Stadium in London and it is said to be one of the most watched fights in Sky Sports history.

How to watch the Usyk v Joshua 2 rematch?

How much is the Usyk v Joshua 2 rematch?

The Usyk v Joshua 2 rematch is priced differently depending on when you pay. Until 00:00 BST on the day before the fight – 19 August, those in the UK will pay GBP26.95 and those in the Rebublic of Ireland will pay EUR31.95 to book the fight. On the day of the fight – 20 August – it will cost GBP26.95 in the UK and EUR31.95 in Ireland across all “self-service” bookings, which includes remote control and online, but if you book it through the phone, you’ll pay GBP31.95 in the UK and EUR36.95 in Ireland.

There is also an additional GBP2 booking fee if you book via an agent. From 00:00 BST on 20 August, the price will revert to the original price of GBP26.95 and EUR31.95. You can book to watch the Usyk vs Joshua fight from Sky Box Office now.