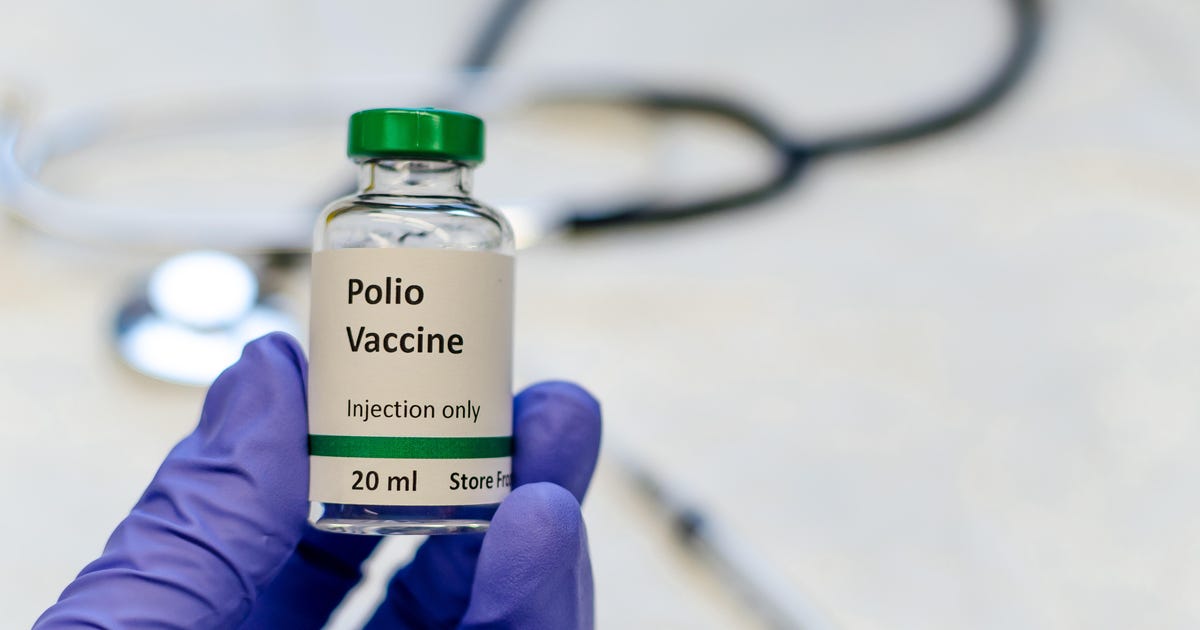 The samples from wastewater are genetically linked to the case in the person who tested positive for polio in July, which suggests local transmission of the virus in that part of the state. Health officials stressed that this doesn’t mean the person who had polio last month is the source of transmission and that the investigation into the case is ongoing.

But they also emphasized the need for everyone in New York, including the city and the larger metropolitan area, to get vaccinated if they weren’t as a child. “Based on earlier polio outbreaks, New Yorkers should know that for every one case of paralytic polio observed, there may be hundreds of other people infected,” State Health Commissioner Dr. Mary T.

Bassett said in a news release.  “Coupled with the latest wastewater findings, the Department is treating the single case of polio as just the tip of the iceberg of much greater potential spread,” she said. Polio is a viral disease that disabled more than 35,000 people each year in the 1940s before there was a vaccine.

It was declared eliminated from the US in 1979. Most people with polio have only mild or no symptoms, but others can become paralyzed or die.  Most people today would have been vaccinated against polio as children, and it’s a requirement for attending public schools in New York. However, Rockland County and Orange County, where polio has been detected in wastewater, have a polio vaccination rate of a little over 60% and about 59%, respectively, compared to the statewide average of about 79%, health officials said.

There was also a measles outbreak in Rockland County in 2018-19 linked to lower-than-average vaccination rates.  The available vaccine for polio in the US — which is recommended as a four-dose series typically given from the ages of 2 months through 6 years — is 99% effective at preventing polio. While it’s not known how long the vaccine makes people immune to polio, according to the CDC, you’re likely protected for many years after vaccination.

Some adults, including those traveling to certain countries and some health care or lab workers, may have been recommended another vaccine after childhood.  New York’s health department recommends all children and babies start the vaccination series for polio immediately if they haven’t already. The health department also recommends adults get three doses of the polio vaccine if they’re unvaccinated, or are unsure whether they received the vaccine.

Adults should also get the last one or two doses if they started the polio vaccine series but didn’t finish, and some people who are at increased risk of getting polio may get a booster if they’ve already been vaccinated.

The information contained in this article is for educational and informational purposes only and is not intended as health or medical advice.

Always consult a physician or other qualified health provider regarding any questions you may have about a medical condition or health objectives.