Samsung’s Galaxy’s next foldables are getting more expensive 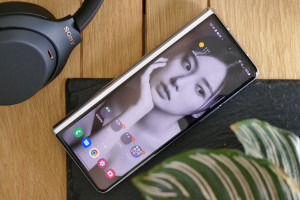 Samsung’s Galaxy Unpacked is just around the corner, and a new leak has revealed the pricing of the next Galaxy products, at least in Europe. The leak comes from Steve Hemmerstoffer, or OnLeaks. As per the report, the new foldables and the upcoming Galaxy Watch 5 look to see pricing updates from 20 euros to as much as 200 euros.

Someone just sent me this (EU/FR) #FutureSquad

While Samsung was previously expected to reduce the pricing of the Galaxy Flip and Fold 4, these reports from the usually reliable Onleaks make a case for the opposite. We’ll see how these reports scale out in a few weeks when Samsung hosts its Unpacked event next week, August 10. In other news, Samsung is also expected to move away from the Galaxy “Z” branding as reported by a leaker, SnoopyTech, on Twitter.

While not intrinsic to the foldable which only acquired the branding from Fold 2 onwards, the invasion of Ukraine has been cited as a factor in this reversal of position. The letter Z has picked up a reputation in certain parts of Europe and has even been banned in some countries when used on its own. It would be logical for the company would be hoping to avoid any connotations, especially when it would be trivial to solve them.

We have reached out to Samsung for comment on this, and will update if a response is forthcoming.