Why Batgirl movie being dumped could be a blessing in disguise 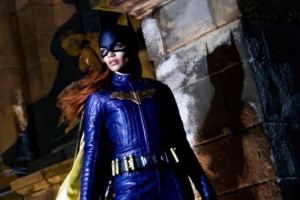 (Pocket-lint) – The Batgril movie has been canned. Although it was almost finished, it reportedly received negative viewer response in test screenings and Warner Bros is said to be willing to write it off as a tax loss. The studio has decided not to release it on HBO Max – its original destination – nor theatrically, even though the near-completed film cost an estimated £90 million (GBP74 million).

Directors Adil El Arbi and Bilall Fallah are said to be dumbfounded, while its star, Leslie Grace, posted on Instagram said she was “proud of the love, hard work and intention all of our incredible cast and tireless crew put into this film”. It is perhaps even more baffling a decision considering it featured a return of the much-loved Batman of the 80s, Michael Keaton, to the role – something we were looking forward to here at Pocket-lint ourselves. However, on reflection, while costly for Warner, it might just be a move that saves the DC cinematic universe (if there is to be one).

Why the death of Batgirl might benefit superhero movie fans

While Disney and Marvel have been taking over the movie and TV streaming businesses with their carefully managed and strategised Marvel Cinematic Universe, Warner has haphazardly thrown its superheroes at the big and small screens with nary a nod to continuity.

That has resulted in some excellent fillms – such as Joker, The Batman, and The Suicide Squad, but also many stinkers. The first Suicide Squad, Batman vs Superman, and the original cut of Justice League spring to mind as failing to impress in recent times. What’s more, the significant detachment between DC TV heroes and their theatrical counterparts lends the impression that there’s no thought process going on when it comes to commissioning adaptations of the triple-A licences Warner holds.

We’ve lost track of how many Supermen and Batmen there have been and how many retellings of their origin stories. And, don’t get us started on The Flash. Batgirl is another that was seemingly commissioned on a whim – designed mainly for HBO Max but without any intention to tie it in with current big screen Batman plans.

And so, for us, its cancellation could mark a new future for live action DC Comics fare. One able to take on Marvel at its own game. Just tying the TV shows into the films and vice versa would be a start.

Of course, it might be a simple financial decision to bin Batgirl, not creative. After all, reports claim that the command came from the top, the new CEO David Zaslav, and were driven by his desire to refocus towards blockbuster movies for theatres rather than streaming Still, this is an opportunity to hit reset on DCEU plans and hand the keys to the kingdom to a single executive producer or showrunner to manage it in a Kevin Feige kind-of way.

Either that or we can expect to see another Batman origin movie starring Chris Pine or the like in the coming years.

We know which we’d prefer.