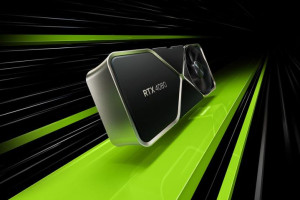 Nvidia’s GeForce RTX 4080 is its second-most-powerful graphics card, and that high performance comes at a cost that gamers feel is too high, according to a recent survey. Priced at £1,200, it supports DirectX 12 Ultimate capability, exceeding the blazing performance of the previous generation’s best, the GeForce RTX 3090 Ti. Despite the amazing graphics performance of the GPU and its 16GB of memory, most gamers in a recent survey felt it was overpriced.

This demonstrates how much we’ve come to assume that technology will continue to get faster without any significant increase in cost. That is partially true since manufacturing advances and ongoing miniaturization help, but there are other factors that can affect pricing, such as the after-effects of the global pandemic.

According to a TechPowerUp survey of over 11,000 readers, the ideal price for the Nvidia GeForce RTX 4080 is £800, with nearly as many suggesting £700 would be perfect. The RTX 3080 cost £700, showing that most customers are willing to pay a bit more (£100) for the generational advance but didn’t expect a £500 increase to £1,200. Nvidia has sold out of the RTX 4080 on its website with strong demand despite the cost, and they have undoubtedly considered pricing very well.

Only a smattering of people thought Nvidia should charge £1,200 or more, representing just 2.5% of those surveyed. Ironically, a lower-cost 12GB version of the RTX 4080 was announced and then immediately “unlaunched” due to customer outrage. This would have been closer to the ideal price and might have satisfied some customers’ requests for a more affordable 4080.

Unfortunately, besides the lower memory capacity, it also featured a less-powerful chip. Nvidia might still launch this graphics card but hasn’t shared any details. Nvidia does make an effort to stay in touch with its customers, and perhaps this survey will help inform future plans for GPU pricing.

On the other hand, the company is still struggling to keep enough product in stock, and with such high demand, it would be a difficult corporate decision to lower prices.